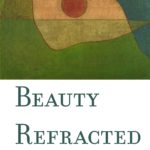 In iridescent, intimate lines, Beauty Refracted is a stunning tapestry of the ways we are marked by time. From the “unstaunchable grief” of losing a parent to the experience of raising a child through adolescence, Moldaw peels back the veil of the everyday to discover the metaphysical passions hidden underneath.

“In Carol Moldaw’s sixth collection, the veils between worlds shimmer and thin: a young girl grows up out of a vivid imaginary world; a dead father appears barefoot in a dream. Life, time, and mind river and loop in these poems, as Moldaw investigates mystery and memory, the losses and lightness that accrue with all change. Earthy in diction, elegant in syntax, Beauty Refracted is a rich, surprising, and moving read.”  Dana Levin

“The word ‘refract’ derives from the Latin refringere, from re- ‘back’ + frangere ‘to break.’ To break, to break open, to be annealed and broken open anew—these inevitable motions of a pilgrim’s progress are the turf of Carol Moldaw’s new poems, whose formal, organizing trope is the ‘loop,’ that circular continuum that non-linearly crosses and recrosses itself. Loops of rivers, arroyo motorcycle roadways, dreams, Eros’s electric current. The loop that connects an old father’s passing with a young daughter’s maturation from girldom into selfhood. Or, as Moldaw puts it: ‘trade routes, rivers, the routes of the dead.’ Whether what’s literally being traversed is New Mexico, India, Virginia, a hospital room, or the magic carpet of a child’s story-time bed, Moldaw’s poems fearlessly abide on ‘the earth still spinning atilt its daily axis // as it orbits the sun and the moon orbits it, / our deadly fuels, our feuds and constant perils.’ Through the forays of Moldaw’s imagination, beauty and truth continuously recalibrate, re-set themselves. ‘Who can say how?’ she writes in the title poem, ‘She woke, not to a kiss // but to herself.’”  Lisa Russ Spaar

Taken from the River 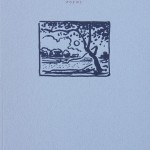 With lyrical delicacy, the poems in Taken from the River, Moldaw’s first book, convey an otherworldly dreaminess. A ballad based on a tale of the Baal Shem Tov hinges on a lost sock; a columbary outside a hospital room window becomes a columbarium as the poet witnesses a friend dying of AIDS; a late afternoon remembered reveals how light changes, and changes us.

“In poems of tenderness, passion, loss, Carol Moldaw walks a line as thin but also as strong as a high wire. Where some poets would descend into sentimentality, her inventiveness and formal skill won’t allow her to fall. Instead, she lifts our gaze upward” Mary Jo Salter

“Moldaw’s first book reveals a gentle yet entirely assured lyric delicacy and the tendency to evoke the signal image in poetry that can transform and transport. Her work is fleet, witty, sometimes even jazzy and often startlingly graceful. Publishers Weekly 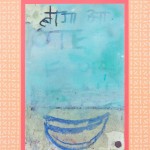 In these rigorously composed, sensually grounded, lyrical poems, the world is distilled with a compelling logic from the poet’s home in New Mexico to a Jewish cemetery in Penang. A shifting vowel signals the end of a marriage; with its proboscis, a butterfly taps out the secret names of God. Like the matryoshka doll of one poem, Moldaw’s poetry reveals selves within selves with a formal intricacy disarming in its ease. “Another Part of the Field,” a long, meditative fugue of six-line poems, uses the I Ching to explore what lies beneath the surface of each day. Here is masterfully evocative poetry of grace, beauty and surprise.

“Several different forms of maturity emotional, artistic, religious come together in Moldaw’s poems, which repeatedly achieve lyric junctures of shivering beauty. Her vision is like that of a seasoned naturalist observing the play of life’s impulses over the crust of the earth.” The New Yorker

“With wit, a sensitive ear, and uncommon formal control, Carol Moldaw braids a line on which one could shinny straight back to Elizabeth Bishop.” Eric McHenry, Bostonia

“Carol Moldaw’s poems unite tact, delicacy, keenness of sight, and daring. A butterfly, its thorax, legs, eyes, and circumflex-marked wings minutely studied, alights on the poet’s hand and there taps out a secret code/ the secret names of God. That is the scope of this remarkable and elegant volume, in which carafe rhymes with cenotaph, and the modest objects and acts of daily life glow, along with tragic facts, in the blessing of the poet’s attention. Moldaw has a sure hand, a light touch, a subtle ear, and a strong and compassionate heart.” Rosanna Warren

“With their easy openness and Zen-flavored physicality, the poems of Chalkmarks on Stone announce a talent that readers should remember.” Blake de Pastino, Weekly Alibi

Read “Beads of Rain“ at The New Yorker website. 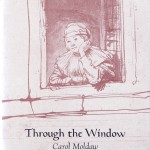 A cycle of love poems, Through the Window was first published in Istanbul in a bilingual edition translated by Nezih Onur. Tracking the arc of feeling with an accuracy as fine as dry point, these are poems that insisted on being written and insist to be read.

“With 23 sections in all, Through the Window moves from longing to luxurious sensuality to quarrel to abandon and back again hitting many of the notes of the classic love poem. These poems have an airy, almost ephemeral feeling an off-cuff emotional declaration. They are defined by a delicacy of feeling, and of language.” Miriam Sagan, The Santa Fe New Mexican 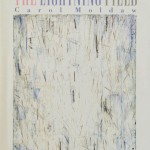 In her third collection, Carol Moldaw explores new territory in poems that are thematically far-reaching and technically superb. The book, which won the 2002 FIELD Poetry Prize, includes three long sequences based on art and artifact in various stages of completeness: preliminary pen-and-ink studies, Turkish ruins, and, at the center, Walter De Maria’s site-specific art installation that gives the book its title and impetus.

“Formal constraints, or formal experiments, can be a great diversion for the conscious mind and can therefore release unconscious material and connections.” Carol Moldaw interviewed in Lemon Hound, October 2008

Attracting charged material as De Maria’s Lightning Field attracts lightning, the poems reference narrative but move beneath and beyond it through a restless and rewarding insistence on making and remaking, on seeing by degrees and seeing whole.

“In Carol Moldaw’s precise, objective poems, a Parnassian art is reborn. These poems keep a remarkable balance between inner and outer worlds, between dream-life and stern logic. They are works of art. “Rosanna Warren

“Carol Moldaw doesn’t just pen the surface, but assiduously scrapes the interior to get to the long-playing music wrapped around a root. Line by line, the intricate simplicities are invoked to light a face, to stop the rain. The Lightning Field, in its discrete lyrics and sustained sequences, is this surgically charged.” C.D. Wright

“This is Moldaw’s true strength to draw and sketch her poetry at all the angles, Vs, bends, diagonals, lines, marks of and in our world.” Eric P. Elshtain, Chicago Review

“She courts revelation . . . in a voice variously curious, passionate, surprised, meditative, and sensual. On the surface of her work are rich sounds and variations of rhythm and line. A few steps deeper in lie wells of feeling and complexities of thought.” Frieda Gardner, The Women’s Review of Books

“Fierce exactitude . . . intimacy is always just a phrase or two away . . . as if she is describing her world to the blind.” Arielle Greenberg, Rain Taxi 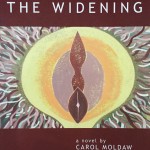 “Moldaw weaves the language, style, and structure to seem as lush and indulgent as the intimate encounters themselves, Moldaw has written a beautiful novel that will captivate men and women alike.” Carol Lavelle, The Bloomsbury Review

“Readers of Carol Moldaw’s The Widening will be thrilled at the recognition of self that art can bring, this is an extraordinary debut novel.” Robert Olen Butler

“Only in Marguerite Duras’s masterpiece, The Lover, has sexual awakening been handled with such fierce honesty, fire and delicacy. I am in awe of The Widening.” Caroline Thompson

So Late, So Soon 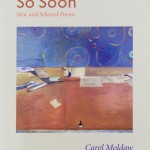 Opening with a substantial section of new work and bringing together poems from four previous collections, So Late, So Soon: New and Selected Poems displays the arc of Moldaw’s imaginative unfolding. The new pieces include a woman’s disquisition on marriage while she chops beets, a letter to a birth-mother in China, a pantoum quilted from Agnes Martin’s writings and a sly glimpse of the affair between spirit and matter. Out of acutely observed, deeply felt particulars the poems collected here balance intimacy and objectivity in exact, lyric language.

“Overall, Moldaw’s poems can be felt much like lightning is felt — as a dashed stroke of electricity that resonates long after the flash dissolves into a vast sky or field.” Jennifer Belcik, Southwestern American Literature

“Carol Moldaw is a treasured poet, a master of lyric intensity. In an age when literature often hinges on authorial self-construction, Moldaw’s work is a fascinating act of exploration. The world she discovers is dazzling and scary, haunted and generous, ‘flagrant with expectancy.’ So Late, So Soon includes beautiful new work and essential selections from Moldaw’s visionary sequences. This is a definitive collection. Its mystery and urgency are breathtaking like seeing fire for the first time.” D. Nurkse

“Here are poems of intelligent consideration and a deft and heart-born music, filled with the gleam of particularity and a lushness of language and substance.” Jane Hirshfield